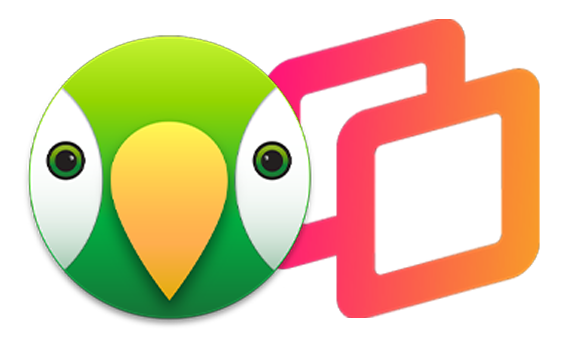 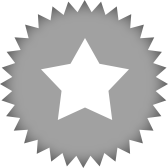 Both AirPlay to Mac and Reflector run on Mac computers and wirelessly receive connections from AirPlay-enabled devices. You can wirelessly share content from iPhone, iPad and Mac to a Mac computer running one of these solutions. However, Reflector is a much more robust and versatile option that makes it a better fit for professional environments and users who require anything beyond the most basic screen mirroring.

What is AirPlay to Mac?

Announced in 2021, AirPlay to Mac is one of the new features accompanying the release of macOS Monterey, the latest operating system for Apple’s Mac product line. In short, AirPlay to Mac lets users share content from their iPhone, iPad or Mac to another Mac computer.

See the complete feature breakdown between each solution below.

Key Differences between AirPlay to Mac and Reflector

Both AirPlay to Mac and Reflector allow devices to share content from Apple devices to Mac. However, there are some big differences between these two options. Keep reading and see the feature comparison chart below.

A key difference between Reflector and AirPlay to Mac is that Reflector isn’t limited to the Apple ecosystem. Reflector software is cross-platform and allows any major phone, tablet or computer that uses AirPlay, Google Cast or Miracast to mirror to a computer running Reflector. 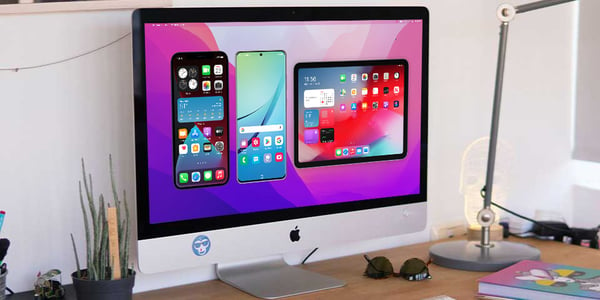 Note the differences in generation and year of each device type listed below:

Which iPhone, iPad and Mac models are compatible with AirPlay to Mac?

Which iPhone, iPad and Mac models are compatible with Reflector?

*Available by using AirParrot with Reflector for Mac

AirPlay to Mac vs. Reflector: Number of Mirrored Devices

AirPlay to Mac only allows you to screen mirror one device at a time. With Reflector, you can screen mirror many devices to Mac simultaneously. 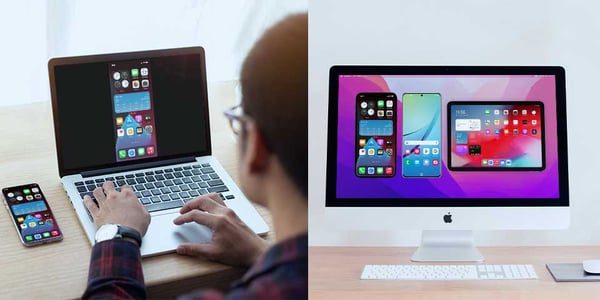 Left: AirPlay to Mac only allows screen mirroring in fullscreen mode with one device at a time. Right: Reflector allows multiple devices to screen mirror, including Android, Windows and Chromebook devices.

AirPlay to Mac vs. Reflector: Customization

Reflector lets you customize the shared content on your Mac screen in numerous ways. This isn’t possible with AirPlay to Mac, where a user’s mirrored device displays fullscreen on a black background. Reflector has more options that allow users to display their desktop background, change the color of the background, enable device frames to make mirrored screens look like physical devices and more. See the full feature comparison list below.

Reflector allows users to show or hide simulated device frames for their specific devices. Additionally, users can customize the background when mirroring in fullscreen.

Reflector allows for numerous recording options while AirPlay to Mac does not. This makes Reflector ideal for people who teach, record instructional videos, game, or livestream.

Recording features built in to Reflector:

These features are not available with AirPlay to Mac. 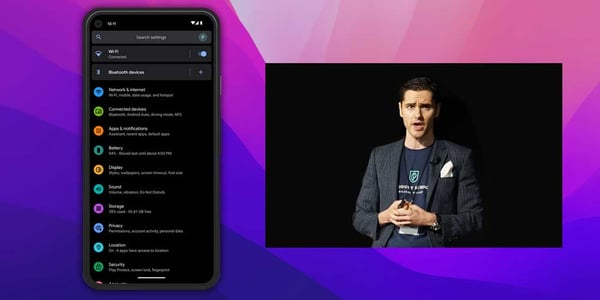 With Reflector, users can record voiceover narration or their webcam as they create a screen recording of their mirrored device. Reflector automatically combines webcam footage and voiceover audio into a single video with the mirrored device screen.

AirPlay to Mac vs. Reflector: Connecting to the Computer

Reflector and AirPlay to Mac both show up as a receiver option in a device’s screen mirroring options. For iPhone and iPad users, this is in Control Center under Screen Mirroring. There are a few differences in connection security. Here are the available customization options for how much control users have when allowing devices to connect to their computer:

AirPlay to Mac vs. Reflector: Wired vs. Wireless

You can use a cable to connect one Mac to another when using AirPlay to Mac. Reflector is a completely wireless solution.

Reflector combines the functionality of AirPlay, Google Cast and Miracast into a single app for both macOS and Windows. It allows nearly any device on nearly any operating system to mirror screens, share content, record video and more to Mac and Windows computers. Users can share just their screens or customize them with device frames simulating physical devices. Multiple devices can mirror screens simultaneously, connect quickly and record voiceover and webcam video. More options, customization, and support for all device types are available with Reflector.